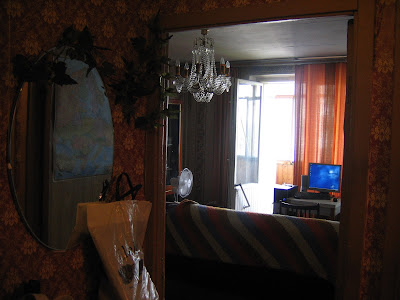 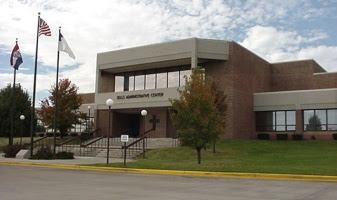 Hi,
It was brought to my attention that some people seemed to think I am Russian acting like an American!!!

So I am going to let you see who I am and my Sweety. Now if you go to the older posts you will find that I have an article about my sweety already.

Link to My Sweety
http://kylekeeton.blogspot.com/2007/05/my-sweety.html

1st picture: ME! Now you know why I am called a grouchy Bear sometimes. I wanted the camera.

2nd: My Sweety Pie! Smiling because she had the camera and would not give it to me.

4th: Our Flat! called a one room, but its got 3 rooms??? A kitchen, a bathroom,and a living area.

5th: The University that I graduated from in America. Southwest Baptist!

I was born January 16th 1959, In Marshal, Missouri. In the USA. I have a Biology Degree with Genetics as the platform degree. I have a Minor in History, Psychology, and Quantitative Management. I have a Degree in Qualitative Management and I am corporate Chef of the school: Cordon Bleu of Fine Arts. Lastly,I have a Associate Degree in Personal management from SEMO university.

I spent my working career in Food service, I was corporate management. I have a passion for computers and have worked on them as a sideline for many years.

I have found a new passion, Russia! I wish to make Russia my home for the last years of my life. I see an energy in Russia that has been lost in the USA. I see a desire in Russia that ended years ago in the USA. Russia is a growing and vibrant country. The people of Russia have the world at their fingertips but they do not realize it. They have more space to spread out than any country in the world. They have the resources to develop their desires. Russia has the ability to create a better Capitalist system. A system that actually works. A system that actually creates a better life for its people.

I worked all my life at a pace that almost killed me, I worked for years and never took vacations, I only had two days off a year. Thanksgiving and Christmas. Well several heart attacks later I am in Russia. I have found peace and quiet. I have found the most beautiful woman in the world. I have actually traveled, to Moldova, Ukraine, and the Crimea. We plan on going to China, India, Mongolia, and I want to transverse Russia, all the way to the Sea of Japan.

What do I think about Russia?

I think that Russia is every bit as great as the USA, I like living here!