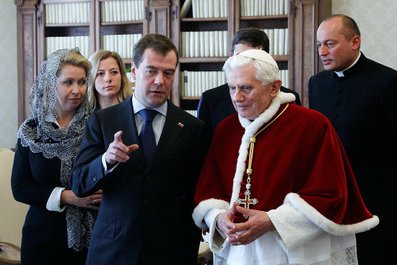 The discussion focused on prospects for humanitarian, social, scientific, educational and cultural cooperation. Besides, the parties reviewed opportunities for promoting dialogue among confessions. (Link)

Now that is just way to cool. What a fantastic photo…