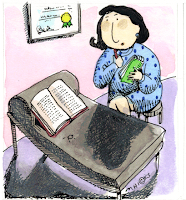 Russia is an open book!

The Western Press is all up in arms these days trying to analyze Russia. It is not enough just to leave Russia in peace and take care of her area of the world but America has got to have debates and stew over every little movement that Russia makes. Like anything Russia does has a direct correlation with undermining the Western world defense against evil tyrant dictatorships.

The Western press is loaded with:

The Russians are behind Kyrgyzstan decision to close down the American base there, the most important Afghan supply link.

The Russians want to have a choke-hold on U.S. Afghan supply routes.

The Russians want to build a naval base in Abkhazia which is part of Georgia (since God made the earth or the Soviets said so), but not really, because God forgot to tell Georgia or the Soviets that Abkhazia is her own country.

The Russians want to take over Georgia and soon will start over running Ukraine or Russia is going to attack the Crimea and reclaim it.

All the above is from a bunch of rejects who have nothing better to write about except the evils of Russia.

The Russians do not want to hamper Americas ability to fight in Afghanistan, where the enemy is the jihad allies of the central Asian Islamic terrorists (Chechen’s, Uzbek’s etc) making life miserable along Russia’s massive southern border?

You think that Russia gets paid to allow NATO to transverse her country side?

If the Russians actually wanted Georgia, there’s nothing we, you or I can do to stop them. America can hardly scrape together enough troops to send 17,000 more to Afghanistan, when 100,000+ more are needed.

If Russia wanted Ukraine the result would be the same. Face it Russia does not want those dead weights added to the list of welfare states it already has to deal with.

Now the USA experts need to quit pointing fingers and work on making further reductions in the Russian and U.S. nuclear stockpiles, and drop the foolish idea of a anti-ballistic system in Europe plus get the Russians to help work with the Iranians to halt their nuclear weapons plans.

But that will not happen because we have so called experts in America that say that if Russia tries to help with Iran that there is an underlining that will spell disaster for the world. Or as NATO is using Russia to cart supplies for a lost war across her terrain, NATO brings out a statement that they are now considered an offensive force now, not a defensive force as originally developed. (They are correct NATO is offensive to most.)

I simply say stop the games and do what is right. Russia does not need analyzing because Russia is very straight forward and open.