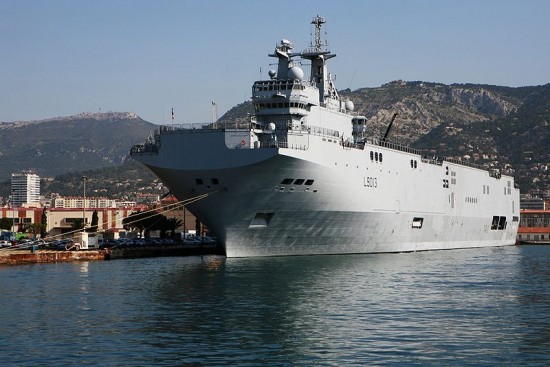 According to France-Presse:  France has obtained the international tender to build at least two Mistral-class helicopter-carrying assault ships for Russia. The first ship will be built in Saint-Nazaire with 20%  of the ship being built by Russia.  On the next ship built Russia will have a higher percent of the construction…

As you know following Windows to Russia the Mistral deal has been under discussion for a year at least. The tender was called in October and involved several ships from around the world trying to get that tender to build this assault type ship…

Read More Past Articles About The Assault Ship >>>