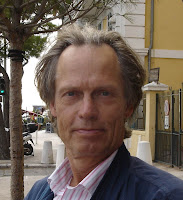 Could the most audacious terrorist attack in history be a “sophisticated masterpiece of demolition”?

That’s what chemistry professor Niels Harrit has been asking, following his investigation of the World Trade Centre rubble, which has revealed traces of explosives.

RT: Professor Niels Harrit, you examined the rubble that came from the World Trade Center. What did you find in it?

Niels Harrit: Well, in there we find the remains of what we characterize as thermetic material, and this is a very energetic material which can be used either for melting iron, or it can be designed as an explosive.