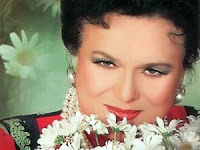 MOSCOW, July 1 (RIA Novosti) – The renowned Russian folk singer Lyudmila Zykina died of heart failure in Moscow on Wednesday at the age of 80, her spokesperson said.

“Lyudmila Georgiyevna died in hospital. She had recently been suffering from heart problems,” Ksenia Rubtsova said.

A hospital source told RIA Novosti that Zykina suffered a heart attack on June 25, and had been in intensive care since then. The diva lavishly celebrated her 80th anniversary on June 10, and was to embark on a two-month tour of Russia, starting from Vladivostok in the Far East on June 12.