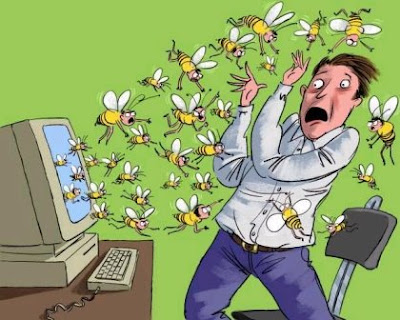 The term dangerous is used very frequently by Westerners for describing Russia! Google Russia is Dangerous and you get a whole slew of different dangers of Russia!

It seems that everyone wants to label all things dangerous with Russia. Everyday I hear the word dangerous describing Russia from the tourist industry, to being a journalist and applied to the Kremlin!

The only thing that I can comprehend from all the talk is that most people have either never been to Russia or if they live in Russia they have never been to America. Either way the issues are the same: It is no more dangerous to go to Russia then it would be to go to America. I see that the dangers are just different.

My favorite statement about Russia is from the State Department of the USA: “Groups of children and adolescents have been aggressive in Russia, swarming victims, or assaulting and knocking them down. They frequently target persons who are perceived as vulnerable, especially elderly tourists or persons traveling alone.” I have missed this particular swarm of kids. In fact I do not think that there is that many kids with out supervision that could swarm. Russia has a shortage of population and kids are the main shortage. I get this image of bees swarming a victim. 🙂

One of the strangest things that I hear is that Western visitors are targeted by the Russian mafia. Now this makes no sense to me. They say that the Russian Mafia is very deep into the tourist industry in Russia. So the happiness of a tourist is very important to making money for the Russian Mafia. Danger does not make happy tourists.

Other words all this Blah Blah Blah boils down to: Russia is not any more dangerous than most parts of the world!