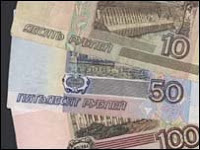 The Rouble has shown its still could float this last week. I was starting to wander if the currency of Russia was going to hit bottom. Looks like the threat of cracking down on currency speculation has had an effect. Russia has put employees from the Central bank in many of the Banks around Moscow. These employees are there to make sure that currency speculation with government money does not happen…

The rouble had its best week against the dollar for more than 10 years following interest rate rises early this week designed to deter bets on the currency depreciating. The rouble rose around 4% on the dollar – the most since December 1998. A firmer rouble improved investor sentiment toward Russia in general and some companies in particular. Food retailer Magnit said this week that rouble devaluation had eaten into its sales growth in January. Its shares still lost nearly 8% over the week, as retailers of all types brace themselves for an exacerbation of chronic inflation issues stemming from the rouble devaluation. (Link)

Now inflation seems to be an big issue in Russia, believe me people do not make enough money to counter 14% inflation.

“We are expecting inflation [in Russia] to reach 13%-14% due to a more extensive use of reserve funds to cover the [2009] budget deficit,” Alexei Kudrin, who is attending a G7 meeting of finance ministers in Rome, said in an interview with Russia’s Rossiya television. (Link)

I sense the attitude in Russia is one that things have been done to gain some control again over the financial crises. Russia has announced that it has finally unloaded all of its Fanny and Freddie Debt. That has made the economy sigh with relief.

I see a future in Russia that has no dollars and American debt.